This song was recorded fifth. Never intended to be a Beatles song, it was written specifically for Helen Shapiro, the popular British songstress with a deep masculine voice (nicknamed “Foghorn”), with whom The Beatles toured by bus beginning February 2, 1963. According to an interview in New Musical Express , which appeared February 1, 1963, “at Norrie Paramor's request, they were composing a song for Helen to record when she goes to Nashville shortly” (Paramor was Shapiro’s A&R manager). Paul explained, “We've called it ‘Misery,’ but it isn't as slow as it sounds. It moves along at quite a steady pace, and we think Helen will make a pretty good job of it.” Later, Paul made it sound that they determined to write a song for Shapiro without any invitation, that they were “young lads with an eye for opportunity"1, which I think is an incorrect memory since their reputation and credibility was still bland (“Love Me Do” only hitting #17, “Please Please Me” just released). Some sources extend Paul's pallid myth by saying that Brian Epstein was the motivator of this scheme.

With Shapiro's vocal range in mind, John and Paul began work on “Misery” backstage of their King’s Hall, Stoke-on-Trent show, January 26, 1963, finishing the song at Paul’s home on Forthlin Road1 on an unknown day, but probably at about the same time as "There's a Place." Narrowing down the date of composition, the aforementioned NME interview actually took place on January 27 (according to the article, it was a “Sunday”), and the song was at that point finished or almost so.

According to John, “It was kind of a John song more than a Paul song, but it was written together"2. Paul concurred roughly, “I don't think either one of us dominated on that one; it was just a job. You could have called us hacks, hacking out a song for someone"1. Norrie Paramor, upon hearing the song, rejected it immediately without letting Shapiro even hear it. Perhaps Paramor thought it “a droll portrait of adolescent self-pity”3.

Another performer on the tour, Kenny Lynch, heard “Misery” and was eager to record it. Receiving permission, Lynch later brought in session guitarist Bert Weedon to lay down some riffs. John, as it turned out, was upset and a little jealous at this, and confronted Lynch later in the office of Dick James (their music publisher), asking the singer, “What'd you want to have Bert Weedon on the session for? I would have played if you'd asked me”4. Lynch also changed the first line of the lyric from “the world is treating me bad” to “you’ve been treating me bad,” an attempt to bring the song from downbeat to soulful. The resulting single (HMV Pop 1136), issued March 22, 1963, was the first released Beatles cover version (Paul told NME in 1963, “We've also done a number for Duffy Power which he's going to record,” which was “I Saw Her Standing There,” released on April 26). Interestingly, Kenny Lynch appears on the cover of Paul’s 1973 album, Band on the Run.

_______________________________________________________________________
"ANNA (Go To Him)"
This was the seventh song recorded. Originally written and performed by Arthur Alexander, a black singer from Alabama popular in England, “Anna” by Alexander hit #10 on the Billboard R&B listings, November 10, 1962. George recalled their discovery of Alexander and other American soul artists as they used to scour the NEMS record shop for unusual material: “Before going to a gig we'd meet in the record store, after it had shut, and we'd search the racks like ferrets to see what new ones were there. That's where we found artists like Arthur Alexander”1 (107). Paul explained more closely why they were so keen to dig up hidden gems: “There were groups that did Cliff and the Shadows. There was a group called the Blue Angels that sounded exactly like Roy Orbison; they were immaculate. The Remo Four did a lot of Chet Atkins stuff, with clever guitar picking. So we decided we couldn't keep up, we couldn't better any of them, we had to find our own identity. We looked on Bo Diddley B-sides, we looked for obscure rhythm and blues things: ‘Searchin’ by the Coasters (1957), ‘Anna’ by Arthur Alexander (1962)”2. “Anna” very quickly became part of The Beatles’ repertoire, showing up during their final Hamburg engagement3.

John in particular seemed to be enamored of Alexander. George said, “I remember having several records by him, and John sang three or four of his songs”1 (93). A partisan source claimed, “John Lennon was never quoted regarding his infatuation with Arthur’s music, but it was common knowledge that he was a huge fan”4 (by contrast, Russell wrote, “Arthur Alexander, as John Lennon later revealed, was a big influence on his early writing”5, but I have not discovered such a printed revelation).

Arthur Alexander was an extraordinary songwriter and, over the years, his compositions were recorded by not only The Beatles but also Bob Dylan (“Sally Sue Brown”), The Rolling Stones (“You Better Move On”), Ry Cooder (“Go Home, Girl”), and Elvis Presley (“Burning Love”). The Beatles performed several of Alexander’s songs, including “A Shot of Rhythm and Blues” (1963, June 1) and “Soldier of “Love” (1963, July 2), on their BBC Radio broadcasts. 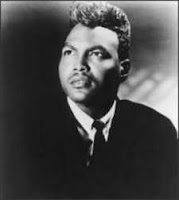 Pre-Beatles, Ringo, as part of Liverpool favorites Rory Storm & the Hurricanes, had his own "short set" called "Starr-time" which gave spotlight to his talents. During this set, he would often sing “Boys”1. Sometimes Cilla Black, then aspiring singer and cloakroom girl at the Cavern Club, would join Ringo onstage for a duet of the song2. The Beatles also performed this song onstage in 1961, with Pete Best on vocals2; and, when Ringo joined the Fab Four, he used it as a springboard to smoothing over the transition from Best to Starr. Thus, “Boys” was truly a Beatles song and a drummer’s song.

Although "Boys" was originally sung by a girl group, about the power in a boy's kiss, the Beatles cleverly turned it around. Their verses (“my girl says when I kiss her lips”) are specifically heterosexual. When Ringo raves about “boys” in the chorus, it’s clear that he's crowing about his own gender. “Presumably nobody in 1963 stopped to wonder why Ringo was singing a lyric that lauded the joys of boys, rather than the opposite sex”3. Paul noted, “It was so innocent. We just never even thought, ‘Why is he singing about boys?’ We loved the song. We loved the records so much that what it said was irrelevant; it was just the spirit, the sound, the feeling”4. However, a bit contradictorily, Paul also said that they did notice the sexuality aspect: “It was a little embarrassing because it went, ‘I'm talking about boys - yeah, yeah, boys.’ It was a Shirelles hit and they were girls singing it, but we never thought we should call it ‘Girls’ just because Ringo was a boy. We just sang it the way they'd sung it and never considered any implications”5. Still later, Paul stated the obvious, but played it off: “If you think about it, here's us doing a song and it was really a girls' song. ‘I’m talkin’ about boys now!’ Or it was a gay song. But we never even listened. It's just a great song. I think that's one of the things about youth - you just don't give a shit. I love the innocence of those days”6. But in sum, “It’s hard to resist this sort of line-by-line, excessively innuendo-seeking analysis even when it’s obviously overkill. According to their testimonies, the Beatles didn’t harbor any scandalous intentions with ‘Boys.’ The gay connotations of their cover were just incidental to the song’s addictively-exuberant quality that attracted them in the first place”7.

RELATIVES: Take a journey through history, and see the Motown girl groups: here.

Although I use quotes from sources, or cited fact, much of the material on this and other pages of my blog is original, from my own pen. This is not cut-and-paste, it is a work of art. Copyright © 2010 Tom Wise.
Posted by Tommy Max at 12:28 PM

Email ThisBlogThis!Share to TwitterShare to FacebookShare to Pinterest
Labels: 1963, anna, baby it's you, boys, chains, hold me tight, misery, twist and shout