Variations. Originally, I provided "How Do You Do It" with Variation designations, the Sessions album being to me a scheduled authorized release. However, on further reflection, I think this is presumptuous for me to do.

Several stories float regarding the escape of “How Do You Do It” into the public arena. One version is that (possibly in 1974) John Lennon, himself a collector of unreleased Beatles material (bootlegs), traded an acetate of “How Do You Do It” to a bootlegger in exchange for a tape of The Beatles live in Sweden.

In 1976, a colored vinyl bootleg 45 of "How Do You Do It"/"Revolution" (Smothers Brothers version) appeared, issued by Joe Pope, publisher of the Beatles fanzine Strawberry Fields Forever. Some say Pope had access to the Lennon acetate, others say that he sourced this single from an RKO Radio broadcast. It is rumored that John had this early boot in his personal jukebox, possibly to replace the acetate he ostensibly sold.

Come 1984, John Barrett (noted musicologist) was asked by EMI to sift through their vaults to collect material which might be useful for a Beatles rarity release. In 1985, an album, Sessions, was planned, remixed by Geoff Emerick (noted Beatles sound engineer), and actually pressed for test, but The Beatles nixed the deal. Somehow, one of these test pressings escaped and was promptly bootlegged as the LP Sessions (bogus EMI label)3. On this bootleg, “How Do You Do It” was inexplicably edited, many times replacing the line “wish I knew how you do it to me, I’d do it to you” with “wish I knew how you do it to me, but I haven’t a clue” (the adulterated version).

The Original Version. I listened to a variety of sources, and here they are from worst to best:

(6) The commonly-recommended Ultra Rare Trax Vol. 1 CD (Swingin' Pig), which is a bit too bright, with some sibilance,

(5) Toasted Condor's Not For Sale, which has a nice tinkle to it, but is thin in the bass,

(3) Purple Chick's Please Please Me Deluxe Vol. 2, which copied URT1, toning down the highs to a decent level,

(1) Vigotone's Another Sessions...Plus, which I daresay may be the best I heard (nice cymbal work, Ringo!).

Note that whichever source you choose will benefit from channel duplication solution. 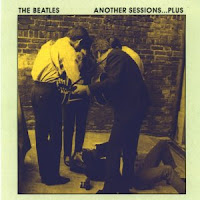 Detailed information on this boot: here.

Although I use quotes from sources, or cited fact, much of the material on this and other pages of my blog is original, from my own pen. This is not cut-and-paste, it is a work of art. Copyright © 2010 Tom Wise